Visit the USS Yorktown in Charleston

When you are visiting Charleston, South Carolina, you need to take a trip across the Ravenel Bridge to the Mt. Pleasant side and visit the USS Yorktown at Patriot’s Point.

The USS Yorktown in Charleston (CV-10) is the centerpiece of a group of museums and attractions at Patriots Point. The ship is actually the second USS Yorktown – the first Yorktown (CV-5) was sunk at the Battle of Midway in World War II. This one is an Essex-class carrier that was commissioned on April 15, 1943. After World War II, the Yorktown served in Vietnam and was then decommissioned in 1970. 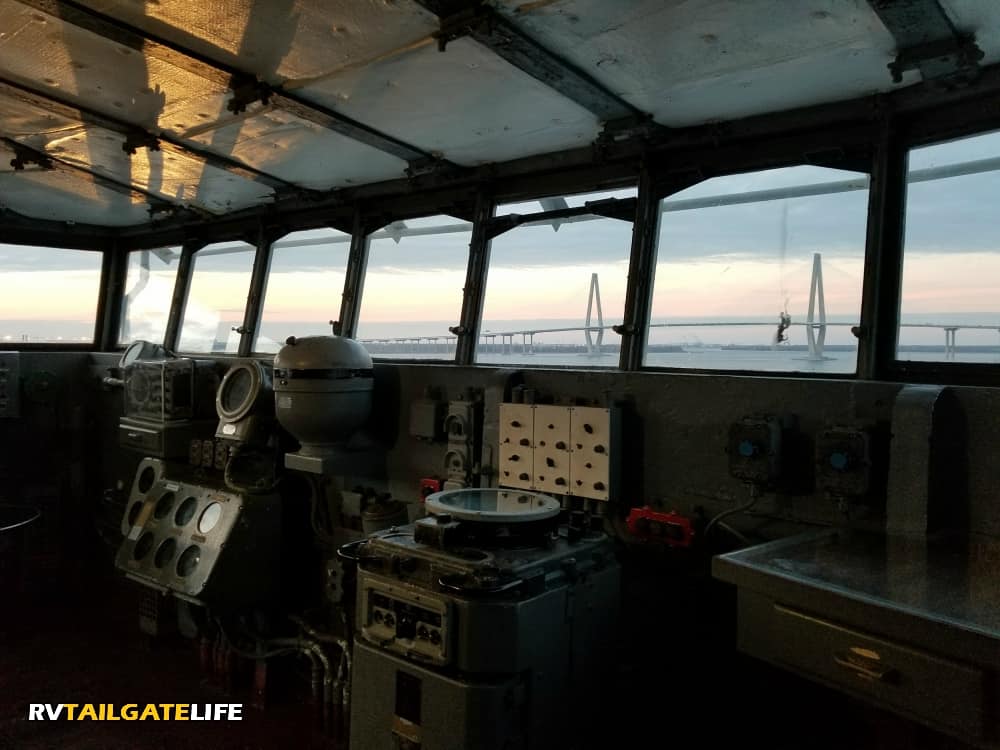 During your visit, particularly when you are on the flight deck, you may hear the sounds of bombs. These are sound effects from the nearby Vietnam Experience Exhibit. It adds an interesting touch to the experience, but I feel it is necessary to warn you, particularly for those military veterans that may have PTSD or those sensitive to violence, lights or sounds.

Be Ready to Walk, Climb 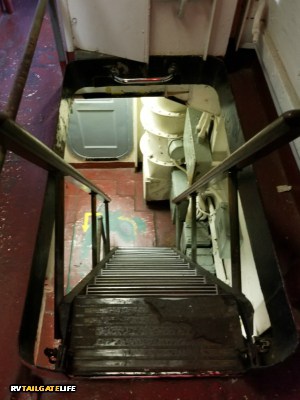 The USS Yorktown has a length of 888 feet. And the tour takes you up and down the various levels. So when you take this tour, be ready to walk and walk some more. And climb and descend those stairs – you know the ones that are virtually straight up and down. Ladies, this is not the day to wear cute boots. And I wouldn’t recommend anyone wearing flip flops.

You’ll definitely be getting in all your FitBit steps on a visit to Patriots Point!

There are two places on the USS Yorktown to see airplanes – the hanger deck and the flight deck. The hanger deck is cool and all, but the real show stopper is the flight deck. This is on tour #3 in the guide. This is where you’ll see some awesome planes and views of the Charleston Harbor. Personally, I think it is also the best view of Ravenel Bridge anywhere in Charleston. 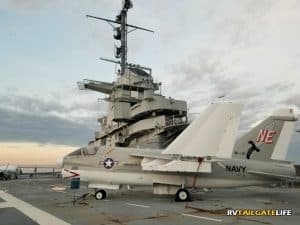 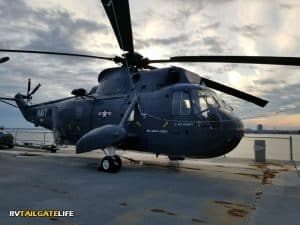 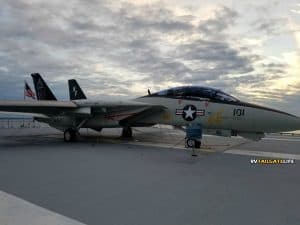 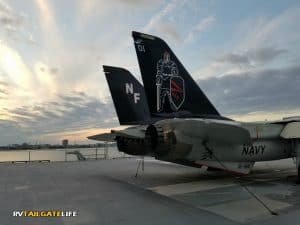 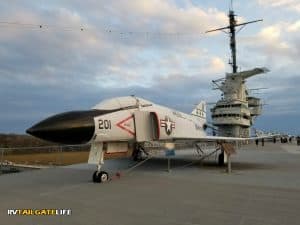 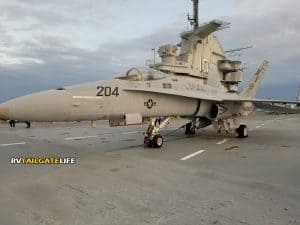 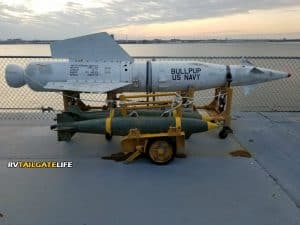 The Medal of Honor Museum 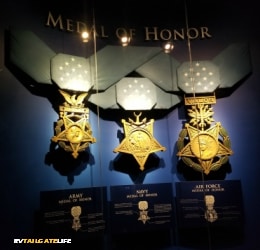 I highly recommend that you take the time to walk through the Medal of Honor Museum. It’s right at the main entrance as you come into the hanger deck. Inside, you’ll see and hear stories about how the Medal of Honor came to be, how it is awarded, and who it has been awarded to. The Medal of Honor was first awarded during the Civil War and continues to be awarded through the War on Terror. Find out about the first woman, the first African-American, and others that were awarded the nation’s highest military honor. The stories that you hear are awe-inspiring. 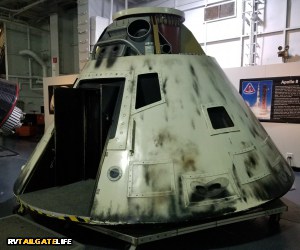 The USS Yorktown was responsible for recovering the Apollo 8 astronauts and the capsule upon its return in December 1968. The Apollo 8 mission was the second manned spaceflight mission of the Apollo space program. It was the first manned spacecraft to leave Earth’s orbit, orbit around the moon, and return safely to Earth.

The USS Yorktown has a special exhibit in the hanger deck that includes a replica Apollo 8 capsule that you can sit back in. There’s a short video that includes actual footage and radio communications from the Apollo 8 mission. You’ll also feel the shake, rattle, and roll of liftoff. 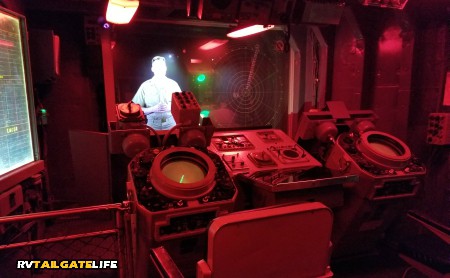 The USS Laffey is right next to the USS Yorktown, on the same pier. The USS Laffey is a World War II era Destroyer. The most notable feature on the USS Laffey tour is the Combat Information Center where holograms and audio recreate an experience of searching, identifying, and staring down a Russian submarine during the Cold War. You can also visit the Mount 53 Experience to learn about a 1945 kamikaze attack on the ship.

Hey RVers, you think you have a big diesel generator? You’ve got nothing on the Laffey! The USS Laffey also offers a tour of the engine compartment, including the chance to “fire” the diesel generator.

Cost and Other Miscellaneous Information for Visiting the USS Yorktown

Adults wishing to visit the USS Yorktown, and really all of Patriots Point, will need to pony up $22 for admission. Seniors get a discount as do active duty military with an ID. If you are active duty military and visit in uniform, you can visit for free. Kids under 6 are free and kids 6 to 11 have a reduced price as well. You’ll also need to pony up $5 for car parking.

Your admission fee covers the USS Yorktown, the USS Laffey, the USS Clamagore, and the Vietnam Experience Exhibit. You should allocate about three hours to the USS Yorktown and about one hour to the USS Laffey, more if there is a large crowd. Going on a cold middle of the week day in December, there wasn’t much of a crowd and I still didn’t feel like I had enough time to see everything in the three hours total I spent between the two. I also ran out of time to see the Clamagore (the submarine) and the Vietnam Experience. Patriots Point is definitely an all day thing to do it right.

There is an audio tour available for a small cost per person. The pre-recorded stories and numbered spots throughout so that you know what to listen and can take your time. I would have done this if I had more time because the history and details that are available but not readily apparent are usually told through these headsets.

There is RV parking available at Patriots Point, if you go beyond the car entrance. Basically, you’ll be back there with the employees, but it is easy to get to the front entrance.

Patriots Point is about 35 minutes, without traffic, from Oak Plantation RV Campground. And you get to cross the Ravenel Bridge to get there!

Did You Know You Can Stay Overnight? 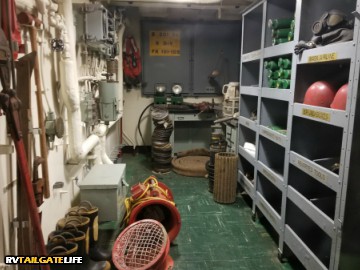 The USS Yorktown has a program to allow kids to “camp” overnight on the ship. You’ll need a group of at least 10 people, including the appropriate number of adult chaperones. But the cool thing is that you sleep in the same bunks as the sailors and get to eat in the same mess halls below deck. I so need to find some kids that want to do this because I think it would be awesome! Anyone need a chaperone?

The Yorktown also has a flight academy where kids can use virtual reality to become a pilot in training. For those Boy Scouts out there, it also qualifies for part of the Aviation Merit Badge.

See Also: Your Guide to Charleston, South Carolina for more things to do in Charleston!
Share on TwitterShare on FacebookShare on PinterestShare on Email