A Tribute to Robert Hulseman, Inventor 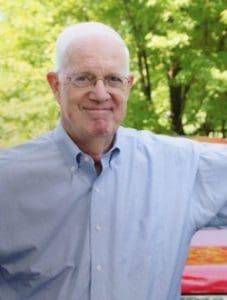 Wait, who is Robert Hulseman and why is RV Tailgate Life doing a tribute to him?

He’s only the inventor of the Solo Cup. You know, those disposable cups found at every football tailgate and backyard picnic? Yeah, those Red Solo Cups! He also invented the Traveller coffee cup lid, so you caffeine addicts can thank him too.

Hulseman worked at the family company Solo Cup Company for over 60 years, ultimately serving as President and CEO.

Hulseman died at age 84 last week after complications from a series of strokes. His obituary is available from Donnellan Family Funeral Services.

What Would a Tailgate Be Without Robert Hulseman?

Who among us would want to tailgate without these handy cups? Not finished with your drink before heading into the game? Take a roadie and drink it on your walk in! Lightweight and disposable, you don’t have to worry about giving them out to friends or collecting them when people are finished.

The Solo Cup Company has even been nice enough to make the cups in a variety of colors to match your team spirit! However, that wasn’t always the case. In the beginning, there were only four colors: red, blue, yellow and peach.

And then there’s Beer Pong. You can’t play beer pong without the Solo Cup!

Of course, we here at RV Tailgate Life finds these cups such an essential part of tailgating, we mounted a special holder in the RV to make sure the cups were always available!

Although the Solo Cups were already popular at keg parties and tailgates, Toby Keith made them a pop culture item with his 2011 song “Red Solo Cup.” Hulseman’s son Paul said that he was embarrassed playing the song in front of his parents, apparently well-mannered people, due to some of the lyrics.

So, this weekend, while you are watching the bowl games, raise your Solo Cup up and drink one for Mr. Hulseman!