Are you headed to middle Tennessee on a road trip? Well you should! And add a little whiskey from the Jack Daniel’s Distillery. Jack Daniel’s Distillery is located in Lynchburg, Tennessee. It’s about an hour of Interstate 24 between Chattanooga and Nashville.

Lynchburg is home to 361 people. This is small town living at it’s finest and the town revolves around Jack Daniel’s.

But word to the wise: Jack Daniel’s Distillery is located in a dry county. That means that the couple of restaurants don’t serve alcohol. And with the exception of Jack Daniels, you can’t buy by the package either. So if you are taking your RV, plan on either buying some Jack Daniels at the Distillery or bringing your own. The Distillery is within walking distance of the “downtown” square. And by walking distance, I mean about a block and then over a quick bridge. If you are staying at Wiseman Park in your RV, you will not need a rental car, a towed car, or worry about taxis (oh yeah, you won’t find them in Lynchburg anyways).

Jack Daniels is considered a straight bourbon whiskey made from corn, rye, and malted barley. It’s then distilled in copper stills. To make Jack Daniels Tennessee whiskey it must be filtered through charcoal made from sugar maple. That’s 10 feet of finely ground charcoal, about the size of a pea. That’s what it takes to get the required surface area to remove impurities from the liquid. At this point, the whiskey is 140 proof.

After filtering, it will then go to barrels. The barrels are where the whiskey gets the dark color and differentiates it from moonshine. Jack Daniels makes its own barrels and uses them only once. Back to the making of Tennessee whiskey – the whiskey will sit in the barrels usually 4-6 years before it is deemed fit for consumption.

The base tour is what they call the Dry County Distillery tour. It’s about 70 minutes long and costs $15 for adults and $7 for youth. Military and senior discounts are available. You’ll start with an explanation about the sugar maple that is used for the charcoal. If you are lucky, you’ll take the tour when they have the fire going and get to see the aged maple being burned down to charcoal. After the charcoal, you’ll walk along to see Cave Spring Hollow – the source for the water used in the whiskey making process. It’s a limestone cave that produces crystal clear water without any impurities.

Mr. Jack considered the water the most important aspect of the whiskey making process. This cave and the water that comes from it is why he picked a middle of nowhere place to locate his distillery.

Then you visit Jack’s office that held the safe that led to Mr. Jack’s death. Don’t try kicking the heavy safe or you too might end up with a broken toe, gangrene and eventually die from said complications.

Pictures are off limits in most of the production areas. But here you’ll get to smell the mash fermenting. And see the charcoal mellowing. As you enter the barrel house, make sure you get a whiff of the Angel’s Share – that’s what they call the part of the whiskey that disappears during the aging process. The whiskey, about 2-5% of the volume per year, disappears into the heavens to become the “angel’s share.”

Take a special look at the trees and buildings around the distillery. See that black bark and soot? Well, it’s not really black bark or soot. It’s a special fungus that loves ethanol vapors – the Angel’s Share. You’ll find it at whiskey distilleries, as well as brandy and rum distilleries.

During prohibition, local law enforcement personnel would actually look for the fungus on trees and buildings to help locate illegal stills.

Can’t Even Complain About the Rain We visited on a rainy Saturday afternoon. Fortunately, most of the heavy rain was early in the day, before we ventured out of the RV.

But since water is such a vital ingredient in the whiskey making process, it is really hard to complain about the rain.

However, if the weather is bad enough, the Distillery will need to cancel tours. The tour takes you through several buildings on the Distillery grounds. There are steps and outside portions to the tour.

When you go in to see the distillation process, do note that the buildings can be very hot and the odors quite strong. This is also the portion of the tour with the most steps. The total tour is about 1/3 of a mile of walking and less than 200 steps with breaks in between. It’s not a very physical tour but those with walking limitations may find it difficult. Each sample comes with tasting notes. And commentary from your tour guide on how to properly sample whiskeys and interesting information about each whiskey.

The whiskey sampling takes about 20 extra minutes. I highly recommend it because what’s a trip to a distillery without trying the whiskey?

Find out more about Lynchburg, Tennessee 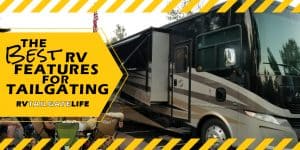