Hidden in all the news that hit us in December 2020 was some really cool news – New River Gorge National River area is set to become the newest national park in the US. The New River Gorge is now the 63rd US National Park.

Located in southeast West Virginia, the new 7,021 acre park, around the heart of the gorge, will be the primary attraction. But with the new National Park designation, an additional 65,165 acres will be designated as a national preserve. There will also be lots of opportunities for the National Park Service to buy additional surrounding areas, for parking at trailheads and additional preserve lands.

The New River Gorge offers some great rock-climbing and river rafting trips as the New River cuts through the Appalachian Mountains. The area is also home to miles of hiking and mountain biking trails and acres of hunting for various wildlife species. 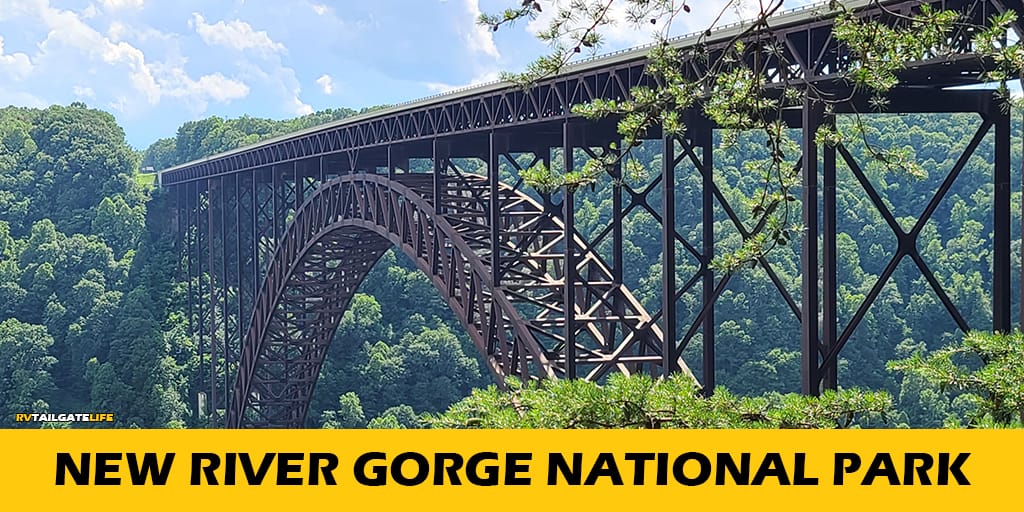 The jewel of the park though, the thing that brings a lot of people, will be the magnificent bridge that crosses the New River. The New River Gorge Bridge is the longest single-arch bridge in the Western Hemisphere and the third-highest bridge in the United States.

The completion of the New River Gorge Bridge solved a logistics travel nightmare. Before, one had to travel narrow mountain roads down the mountain, across a river and back up and it took about 40 minutes most of the time. After the bridge was built, it takes less than a minute.

If you are a coin collector, the bridge might look familiar – it was chosen to represent the state of West Virginia on the state’s commemorative quarter released by the U.S. Mint in 2006.

However, on the third Saturday of October, the bridge is closed to vehicles and is open to pedestrians in a block party atmosphere with food and craft vendors, music, and more. There is also BASE jumping and rappelling available from the bridge itself. 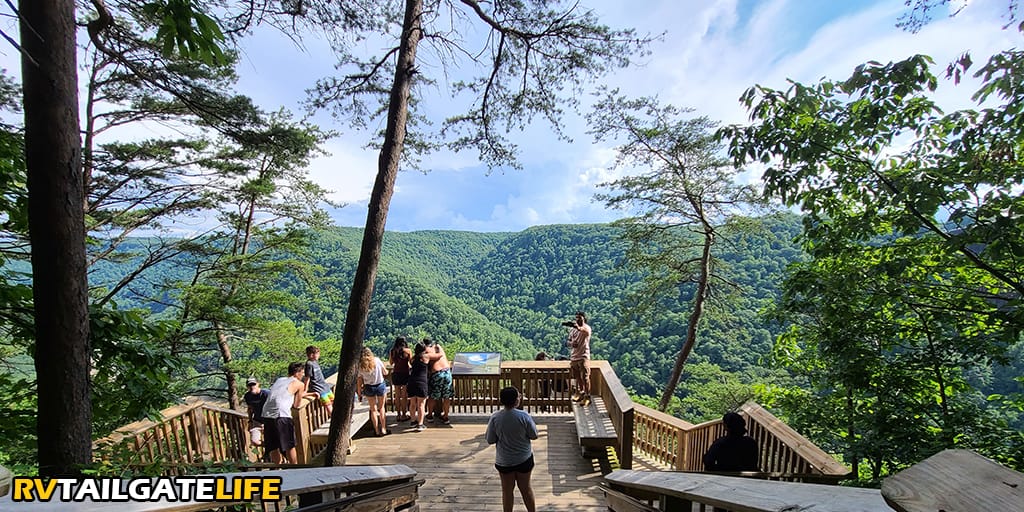 On the north end of the New River Gorge Bridge is a National Park Service visitor center. 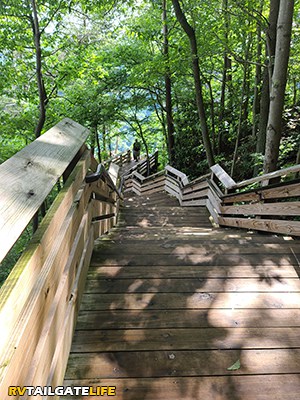 From the visitor center, you can walk through a short boardwalk down to the middle of the mountain for some great views from under the bridge. However, be warned that there are A LOT of stairs. This is not a path for those that are not physically able to walk stairs. While there are some benches along the way, there are not facilities much beyond the beginning of the boardwalk.

You may want to take a water bottle if it is a particularly hot day. While it is shaded most of the path, it is strenuous. This is not to discourage you from going, just a fair warning.

The views are magnificent and well worth the trip. Plus, if you have been traveling for a long time, it is nice to get out, stretch the legs, and get some exercise.

The visitor center has RV parking! It’s accessible to big rigs, even towing a vehicle.

To get to the visitor center, you’ll turn in just after the New River Gorge Bridge, on the right when traveling north (before the bridge and on the left if you are traveling south). 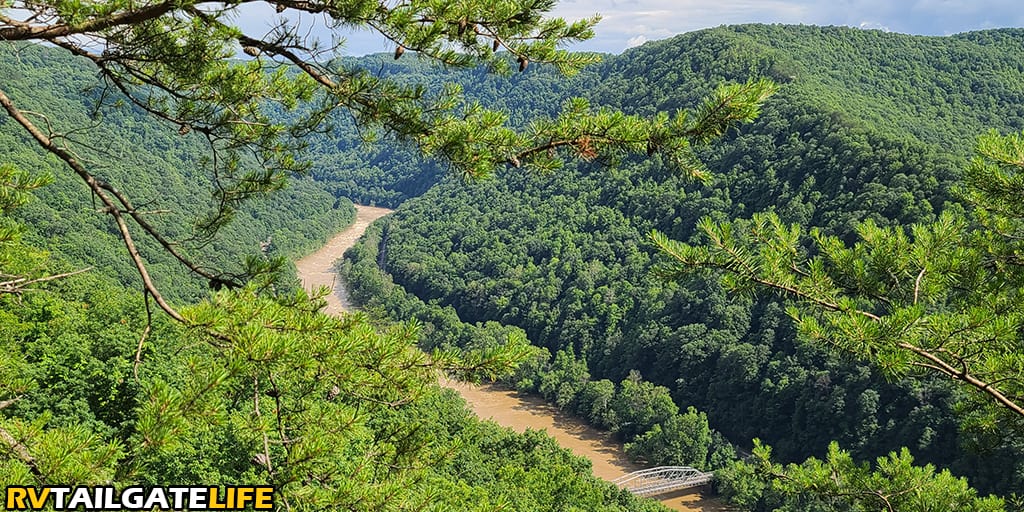 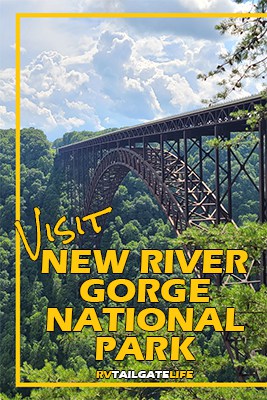 Like the New River Gorge National Park in West Virginia? Pin for later!