Cutting the Cord on Home Television 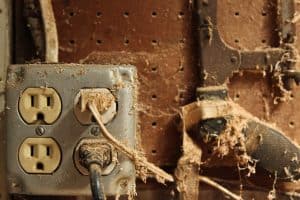 One thing about hanging out with a bunch of RVers is that many of them are full-timers and have gone through the process of minimizing the stuff in their lives. This is very admirable to someone in a large house like mine. Full-time RVers are some of my heroes for being able to get rid of “stuff” and minimize unnecessary expenses for better living. I can positively say some of that is wearing off on this part-time/weekend RVer. First up, the cable bill and my home television.

For a long time, I have resisted cutting the cord for one reason that you can probably pretty well guess on this site: ESPN. College football games and GameDay are pretty necessary for the football life. But no more. There are options out there, if you find you really need ESPN. So, no, I’m not getting rid of the home television, just the cable bill.

Cable is an Expensive Habit

Ouch. Let’s just say that I was putting down some major bucks for the privilege of watching ESPN. And I found myself watching less and less of it. I’m with AT&T Uverse, but the Comcast prices are relatively similar. The smallest AT&T package that includes ESPN is the U200 package. Since my promotional deal had expired, I was paying $83.00 per month for just the U200, plus $10.00 for HDTV and another $10 for the receiver. Let’s add on an additional $11.07 in taxes for a monthly cable bill of $114.07. This was pretty outrageous.

This summer, I realized that I didn’t watch a bunch of channels and it being the summer, no college football to be watched. The Braves weren’t holding my attention and well, it was time. I spend most of my downtime working on the RV, working on the house, or just lounging around reading books on my iPad. Very little TV watching going on here. And what I do watch, well, it is either live sports or lately, political debates (glad that’s over!). Things you don’t want to wait around for to watch on DVR.

But being the baby that I am, I didn’t want to jump straight into cutting the cord completely. So I went down to a basic cable package of $19 plus $29.88 in extra fees and taxes. $48.88 wasn’t bad, but I know I can do better.

One thing I will say is that even the interim jump from $114.07 to $48.88 was noticeable on the budget. I mean, that’s more RV modifications I can do!

Earlier this summer, I ripped out the old RV TV and put in a new digital flat-screen – wait, what does this have to do with my home cable? Well, I got to see that the over-the-air HD antennas are actually pretty good. Why do I need to pay almost $50 a month when I can get the same channels with a one-time purchase of an antenna? This is a no brainer! Time to cut the cable!

Alternatives to Cable for Home Television

Many people have written about the various ways to cut the cable tv cord, but here’s what I’ve found:

With a little upfront investment cost, but still less than a monthly cable bill, you can have everything you need. And if you still need entertainment options, there’s still subscription services like Netflix, Hulu, and Slingbox. Still cheaper than traditional cable, but I bet if you are a occasional user of TV, like me, you won’t even need them. 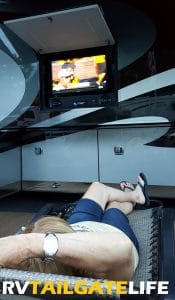 Trust me, you’ve got plenty going for you if you need to watch your live sports. I’ve done it, you can too!

One thing that I couldn’t give up though was my high speed internet. Since I’m still in a house and have one place that I live, I still need the internet and the cell phone WiFi spots just aren’t enough for me. I still have a job with VoIP phones and VPNs to connect to. And the high-speed internet lets me stream all the entertainment that I need that I cannot get over-the-air and live.

Thanks to the RV community – you’ve officially been a good influence on me. At least for now, until I decide I just have to upgrade the RV! But really, cable television is not something that I’ve missed.

How else has the RV Life spread to other parts of your life, even if you are not a full time RVer? Comment below!

This page contains affiliate links that help support the RVTailgateLife.