We started the 2016 football season in Dublin, Ireland for the Aer Lingus College Football Classic. Now, you wouldn’t expect us to travel all the way across the Atlantic and not see some more of what the country has to offer, right?

Now it is time to show you one of our favorite times of the trip – Malahide Castle and Gardens. 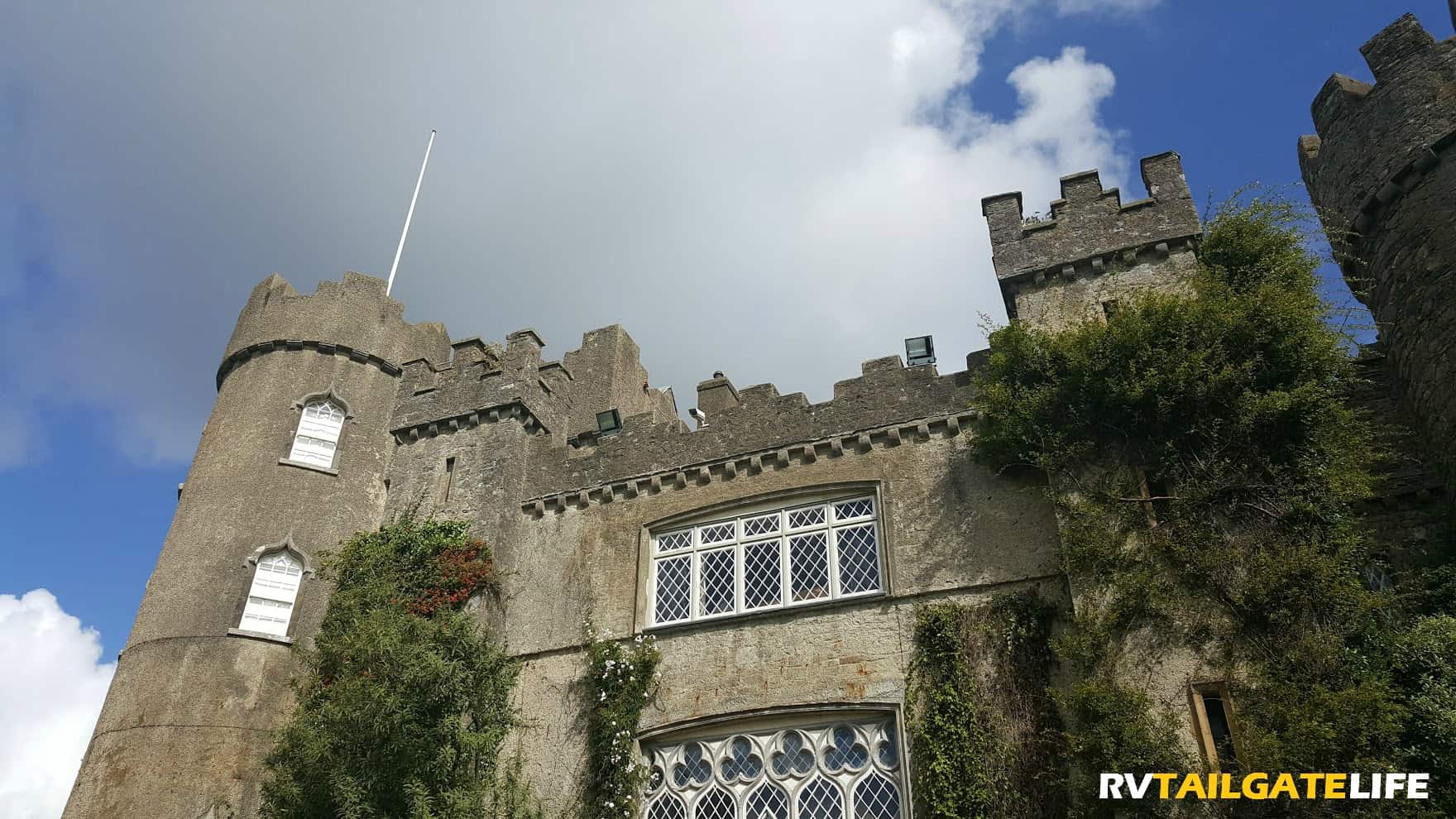 The Talbot family owned Malahide Castle for over 800 years, after arriving in the area with William the Conqueror and the English. The family, though, can trace its roots back to France and is in the Domesday Book of 1086. Richard Talbot was granted the land for Malahide Castle in 1185. The Talbots resided at Malahide Castle for eight centuries, except for 1649-1660. Upon Lord Milo Talbot’s death in 1973, the Castle went to his sister who could not pay the inheritance taxes and continue to maintain it. Rose Talbot sold the Castle and grounds to the government in 1975.

The oldest parts of the Castle date back to the 12th century and it was added onto over the centuries as the family fortune and housing needs grew.

Getting to Malahide Castle and Gardens

Our group used the Dublin subway system and a few taxis to get around the Dublin area. Malahide Castle is accessible via the train. The Malahide stop is across the street from the Castle grounds, so you can walk to and from.

Fair warning though: it’s a hike through the Castle grounds to get to the Castle. Make sure you have your walking shoes on! 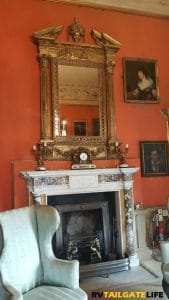 We highly recommend the guided castle tour. The tour is in English, although they do have interactive audio sets in six different languages. The tour takes about an hour. The guide will tell you the history of the house, its former occupants, and interesting quirks about the furniture and artwork in the castle. Ticket prices are:
Adult €12.50
Child €6.50
Student €9 – College IDs count! So make sure you take your ID with you.
Senior €8
Family tickets from €30

For tickets, visit the Malahide Castle and Gardens.

The current furniture and artwork is a mix of time periods and origins. Unfortunately, much of the furniture was sold prior to the government’s ownership of the Castle in 1975. In the years after the government took over Malahide Castle, they were able to re-acquire some of the original furnishings. However, some of them were never recovered and the Castle today showcases furniture of the times from different sources, as well as the originals.

Much of the artwork currently displayed is on loan from the National Gallery of Ireland. 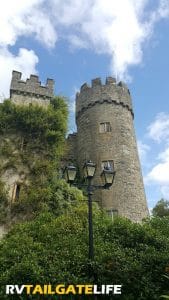 Be sure to ask about the spirits that haunt Malahide Castle. One of our favorite stories is about a jester named Puck. He would entertain the Talbots and visitors, from his special stage in the dining room. He fell in love with Lady Elenora Fitzgerald who was detained at the Castle on suspicion of rebellion. When word spread, the Talbots and others were concerned about what would happen if King Henry VII heard about rumors of alliance with Lady Elenora. Puck was found stabbed outside the Castle walls. Most believe that a member of the Talbot family murdered him to protect against possible attack from King Henry. Our tour guide said that he particularly liked blondes ladies and could be felt touching them as they passed the jester’s door.

Other ghost stories surround Lord Chief Justice (cool name, for what its worth) and Maud Plunkett, his wife. Apparently Plunkett was abusive and her ghost chases his around the Csatle. The Ghost of Walter Hussey is trying to explain why he didn’t show up to his wedding or is possibly angry that his wife-to-be ended up marrying his rival and murderer. Meanwhile, the Ghost of Miles Corbet can be seen in a full coat of armor or falling apart in quarters, his method of execution by King Charles II.

The Castle may be the showpiece but the Gardens are impressive in their own right.

The first ornamental garden appeared around 1872 and replaced earlier vegetable gardens. The gardens went through two substantial extensions, beginning first in 1902 and again in 1946. The Garden is unusually large, at least by Irish standards. The Gardens have two other distinct features: they are not the typical rectangular shape and they have a large pond. The Gardens also have seven greenhouses for the colder times.

The demesne is an example of a 18th century landscaped park. The lawns are perfect for a pick-up game of football (soccer to us Americans) or for a day out in the sun. The grounds surrounding the Castle are also home to a nine hole golf course, play grounds, picnic sites, and other sporting grounds. You can also walk the part of the pedestrian paths to get to and from the train station.

The surrounding grounds also include the Ruins of the Old Abbey. Here you can find the burial grounds for many of the Talbots. Maud Plunkett, who is said to still haunt the Castle, is among those buried there. 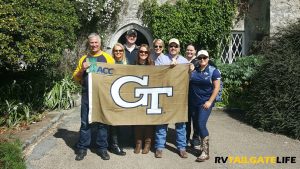 We hope you’ll include Malahide Castle and Gardens on your itinerary on your next trip to Dublin, Ireland. We definitely recommend the visit.