Upgrade Your RV Shower with a Oxygenics RV Shower Head

Do you need a boost for your RV shower? Try an Oxygenics RV Showerhead!

It seems like such a basic upgrade, but how many times have you complained about the water pressure in your RV shower? As tailgaters, we are usually boondocking. That means no water hookups.

All the water pressure is coming from the water pump. And while the Shurflo water pumps do a pretty good job, showers can still be difficult.

And when you have hair as thick and as long as I do, shower pressure is really important to getting shampoo and conditioner rinsed out well.

Oxygenics shower heads are designed for maximum efficiency. This means fewer gallons but more water pressure. They do this by mixing air in with the water to produce a stronger stream coming out of the shower head. (This is probably where the “Oxygen” part of their name comes from)

Meanwhile, their shower heads also come with a control valve that you can use to reduce the flow of water to a small trickle. This is a vital feature for long tailgating and boondocking trips to save water in your shower.

But it is more than just efficiency that makes the Oxygenics showers so great. Oxygenics RV shower heads are made with non-stick parts that prevent mineral buildup and clogging. They work even in hard water conditions, so for those that travel all over the place – no more worrying about clogging shower heads because of hard water.

The Oxygenics shower heads all come with long hoses. This makes it easy to clean the shower or even the dog.

The basic model is the Body Spa; it has only one spray setting. The Body Spa model has a five foot long hose.

The Body Spa Adventure is a new upgrade to their basic Body Spa. This has an additional spray selection as well as another foot of hose.


Meanwhile, the Fury is the ultimate in Oxygenics RV showers. It has 5 spray settings, non-slip rubber handle, and the extra foot of hose found on the Adventure. Of course, this makes it more expensive than the other models.

I decided the Fury was the right option for my new Tiffin 34PA.

This is so simple, I kind of want to kick myself for not doing it earlier.

Seriously, all I had to do was unscrew the old shower hose and screw the new one in. And then connect the other end of the hose to the shower head.

Depending on your old shower head and how it was installed, you may need to remove some plumber’s tape and put some new plumber’s tape on the threads where the hose connects. This is a very easy task and Oxygenics even sent a little packet of plumber’s tape with the shower head.

Tip: If you don’t use the plumber’s tape during install, leave it in your toolbox. At some point, you’ll probably need to fix a leaky shower head or sink faucet. It little, it’s light, and you’ll be happy to have it when you need it.

I even used the existing mount (I like how I can move it up and down, to vary the height instead of a set mount). I was lucky in that the new shower head fit the old mount.

However, the Oxygenics Fury does come with a new mount that you can use if you need it.

The new Oxygenics Fury RV Shower Head makes such a big difference in the power of the water coming out of the shower.

Now, it won’t matter where I am, campground, tailgating, or boondocking, I’ll be able to get the soap out of my hair! 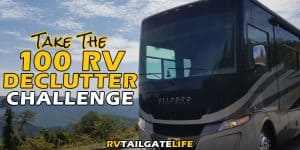 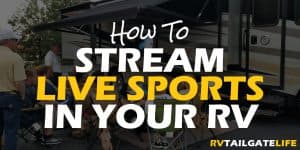 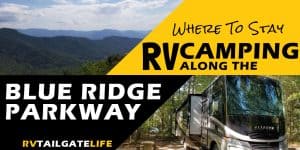